As part of my bachelor’s thesis published in 2020 in information technology, I investigated a largely unknown weakness in a Bluetooth Low Energy (BT-LE) pairing process and developed a concept to prove it in practice. This concept could be tested with software that was also developed during the bachelor’s thesis.

The basis for this is a document[1] by Mr. Tomáš Rosa, who claims that a mathematical function for calculating confirmation parameters can be bypassed. He refers to the corresponding “Confirm value generation function”, which was first defined in the Bluetooth Core Specs. v.4.0 with BT-LE. It serves to ensure the authentication of both participants during the pairing of two BT devices. Unfortunately, the document is very compact and there is no comprehensive mathematical proof or practical evidence to support his thesis.

According to some research, this issue in particular has not been addressed by anyone since the publication of Rosa’s document in 2013. This is confirmed by all BT specifications that have been published since then, as the function and its parameters for calculating and checking confirmation parameters defined with the PassKey-Entry pairing method have remained unchanged. There is also no practical proof, tool or entry in the CVE database for this vulnerability. This gave rise to the idea of working through his findings and making them the subject of my thesis.

In the blog post, I present the results of my thesis in short form. In the end, the vulnerability was practically exploited and all tested devices of all BT-LE versions (v4.0-v5.1) are affected. As soon as a device supports the pairing method PassKey-Entry in the master role, the attack is possible.

This is a pairing method for BT that establishes a authenticated connection between two BT-LE devices. The following picture shows the pairing sequence:

Pairing-Steps (After negotiation of the pairing method):

The parameters p1 and p2 are known on both sides after the initial “Pairing-Feature-Exchange”.

If the comparison is true, the pairing continues.

If the comparison is true, the pairing continues.

The “Confirm-Value-Generation” Function (c1, formula (2)) is used to calculate the M|Sconfirm parameters during the pairing process. The confirm-values are needed to check whether both sides have the same TK (PIN). Only if the slave sees the PIN on the master’s display, he can set the right TK on his device. With this, the authentication between master and slave is done. At first glance, it is not possible to change the equation so that we can calculate Srand. Why Srand? Let’s assume we (as an attacker) are the responder (the slave) of the pairing.

This is where the vulnerability becomes important:

It’s possible to calculate Srand with the parameters Sconfirm (that we had to choose randomly) and TK (that we had brute-forced) so that the equation:

gives a true statement on the master’s side.

As mentioned in chapter 2.2, the “Confirm-Value-Generation” function can be misused to bypass the pairing authentication.

The problem is, that the equation can be changed to the parameter Srand so that the following applies:

3.1 Procedure of the Attack

The exploit goes as follows:

It turns out that the formula (1) can be changed to formula (2) as suspected and thus the exploit is executable.

Using this procedure, authentication can be completely bypassed during PassKey-Entry pairing.

3.2 A software for Exploiting

As part of the practical proof, I developed a C program, which can be used to prove and test the vulnerability.

Now an attacker would have access to all BT-LE services that explicitly require authentication during pairing. 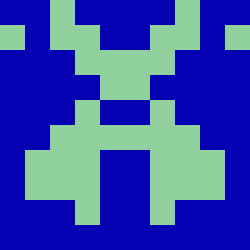 Latest posts by clke (see all)