However, most of the NetScaler VM images we got were acquired after the appliances were shut down, so we had no RAM image data. Unfortunately, this also implicates the loss of the root file system /, as it turned out that the root partition was mounted as a RAM disk.

Without knowledge about the internals of a live NetScaler appliance, it first looked like we were stuck. However, we were lucky to stumble across a local backup on an appliance we analyzed. The data we grabbed from that proved handy for learning how the live system was organized and how it apparently worked. Here is a sample output of the mount -v and uname -a commands from one of these backups.

So we had to deal with a FreeBSD and were left with the /flash and /var partitions as the only persistent file systems. And, of course, the swap partition.

Almost all NetScaler images were in VMware VMDK format. This is how we accessed these and mounted the FreeBSD file systems from a stock Linux.

We first tried to use a specialized Linux VM on VMware’s Workstation Pro for analysis. Therefore, we accessed the initial VMDK via VMware’s HGFS, used affuse, losetup and mount from within the VM. We later learned that results of operations on the loop interfaces lacked a great amount of data and repeated the mount process and operations on bare metal, finally producing the expected amount of data.
So, please be aware that results may be incorrect when accessing raw image files through HGFS.

In each case, we have to establish some markers of what to look for in order to catch the traces that would lead into the rabbit hole. We primarily were after some hints of what the adversaries might have injected into the NetScaler and how it might have manifested itself on the persistent parts of the filesystem.

Thanks to some great work shared on isc.sans.edu [1] and Fireeye’s blog [2], we had a clue of what kind of payload we had to look out for. It was:
1.) string-based,
2.) injected into some obscure template files at /netscaler/portal/templates/, and
3.) contains commands interpreted by Bash, Perl or Python – IoC examples were attached to the respective blog entries.

Since we did not have the root file system, we searched /var for a similar directory as that might have been symlinked or bind-mounted into the root file system to preserve templates across reboots. We found the directory /mnt/loop/0/var/tmp/netscaler/portal/templates/ – and it was empty. Unfortunately, we didn’t even know what those template files looked like.

Let’s see if there was anything present on the filesystem. We used sleuthkit for this task.

Now, we searched for entries of ‘portal/templates’ in the CSV files to see if and which files were present there in the past:

These were quite a few entries! And all files were marked as ‘deleted‘ which explained why we did not find anything on the mounted /var partition. We proceeded to extract all string data (remind: string-based payload) from the loop devices, including the positional offset in bytes:

Then, we could search after IoC strings like d3SY1erQ which is part of a payload address that was hosted on pastebin.

Bingo! We dug around those offsets (bold), including a few blocks before and behind the offset. The payload is supposed to be embedded into some file. Carving out about 100 blocks would give us about 50k of data.

Now we had a full template file containing the IoC payload string which would – for this payload – result in an in-memory execution of the payload upon successful download. But we also had a nice marker word (marked with an orange circle) at the top of the template. If we grepped for that one, we might find data from all template files on the /var partition. We also didn’t have to add prefix blocks to our dd command anymore, as the offset of modtime is within 512 bytes of the file start and thus within the same block.

Going even further, we wrote a small script to automatically extract all template files found by that approach:

We got rid of the trailing waste and named the files using timestamp and original filename data extracted from the templates.

Running those two scripts resulted in multiple files being restored from the /var partition:

We now could investigate the injected payloads and classify them based on their primary purpose.

This pattern does nothing but extract the line containing the keyword block from all templates. Tells the bad dudes what’s around.

This pattern takes a copy of the NetScaler config and makes it available to the adversaries. Since a lot of sensitive bits of data such as NetScaler users and passwords, certificate paths and key passphrases, network configurations and the like are stored in that world-readable (WTF???) file, knowledge of this information may enable adversaries to set up rogue web servers with stolen certificates, use stole credentials against services and what not.

This may be anything but one of the above or a shell.

The above are a selection of backdoor payloads we observed. Some came in clear text, some came encoded (and we shortened them to fit here). Most often, the payloads tried to load and store or execute additional code.

Was a backdoor executed?

At the time of investigation, none of the remote resources was still available, so we could not further analyze what would have been done if downloaded code was executed. However, the backdoor number 6 encodes a complete Perl script (multiple stages of decoding through Perl and Python) and stores it at /netscaler/portal/scripts/oldbm.pl. This is a password protected backdoor which takes the two parameters pass and conf, the first being the backdoor password and the latter a list of commands to be executed. The relevant part of the backdoor code is displayed below. We will use this sample to explain how to find out if it was run.

The NetScaler appliances conserve logs of bash and shell commands. Unfortunately, those log files may not date back as long as the templates (as it was the case right here). So we might not be able to tell if and what was executed between dropping the backdoors and the beginning of bash and shell logs – provided they really would log every command. The same would apply for backdoors that just execute binary files or non-shell script code instead of handing commands over as a parameter to a shell process.

So we looked out for another way to tell if and how long backdoors were executed. As far as we understood the NetScaler structure, the templates to /netscaler/portal/templates/ would have to be executed by issuing requests to the web server. Otherwise they would just sit there and do no harm. If the web server logs reached back to the creation date of the template files in question, we might have been able to establish if and when the template was called (we were lucky in this case).

The template file corresponding the webshell backdoor shown above starts as follows:

While the modtime parameter contained an epoch time stamp, the name parameter provided a filename we could grep for through the web server logs. We also grepped for the dropped backdoor’s filename oldbm.pl in the same command.

The backdoor was not executed yet, but the template had been called exactly once. The call to the web server concluded with error code 200, meaning there was no error in execution of the template content. We compared the epoch timestamp from the template file with the log entry timestamp:

The timezones matched for the season (CET = UTC+0100 during winter time), so calculation was easy. The log entry was created 13 seconds after template creation. Assuming a two-step approach of 1.) inject the template and 2.) execute it to drop the backdoor, this was a plausible offset. We were curious if there was something special about the runtime of 2.25 seconds.

Extracting all runtime entries from all web server logs gave us a nice baseline for a comparison and would also show if there were requests with absurdly long runtimes which might hint on a blocking backdoor call. The median runtime value was at 0.83 milliseconds, the mean value was at 7.88 milliseconds. The highest runtime values were at 1.28 seconds and 2.25 seconds (this very request).

We showed that a case where we just had parts of a file system, no RAM content, no firewall or proxy logs, no netflow, no DNS logs, was not a lost case. We might not have been able to find out about everything without the traces lost at shutdown, but we had enough hints left in the NetScaler body to provide a rough overview of what was run and when.

What we could see

What we could not see 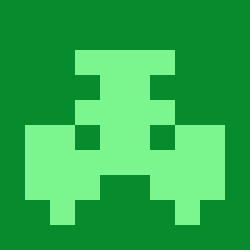 Latest posts by nosec-seb (see all)