In April 2016 researchers of the Stony Brook University and Ruhr-University Bochum published a study about (malicious) PHP web shells with the title “No Honor among Thieves: A Large-Scale Analysis of Malicious Web Shells”. [1] Their goal was to analyze how many PHP web shells contain backdoors or other malicious functions not in the interest of the user. That has to be seen regardless of the fact that web shells are often used for malicious activities themselves.

Here we summarize their findings which in our opinion are of interest for the wider audience in security and penetration test as web shells are regularly used for testing purposes. The authors also provide insight into other areas of web shell internals and more details on some mechanisms used in regard to malicious behavior. If you are interested, we encourage you to read the full paper (see references section).

The researchers collected a larger sample of PHP web shells on the internet which they divided into a static and a dynamic set. This separation was done with the intention to conduct a static source code analysis to identify and extract functions of interest on the one hand and to observe dynamic behavior (i.e. actual network communication) in a honeypot scenario they did setup on the other hand. In the latter case the authors monitored client-side and server-side traffic so they could capture any communications attempt with 3rd parties.

The researchers came up with a sample size of 481 in the static set and 541 in the dynamic set totaling to 1022 web shell samples. These rather high numbers include customizations as well as different versions of well-known web shells of the families c99, r57, WSO, B347k, NST, NCC and Crystal.

First off, the researchers indeed found that a significant portion of inspected web shells include backdoors or otherwise unwanted functions. The study isn’t entirely precise on the actual number as will be discussed in more detail later. Thus we only give the upper and lower bounds of affected web shells.

The authors define three different functions they classify as malicious: Authentication bypass, homephoning and unintended server side activities. All are described in the chapters below. The following table summarizes their findings of malicious web shells grouped by the total, static and dynamic sets:

1: Number of web shells within the static set which have authentication functionality.

If the (legit) user uploads a web shell to a server he has the interest to protect access to it by employing mandatory authentication. If the shell is of malicious nature it might contain an authentication bypass function which effectively allows a 3rd party access to the web shell without knowledge of the authentication credentials. This bypass might range from hardcoded (hidden) credentials, bypass procedures to hidden (unprotected) functionalities.

These are functionalities which inform a 3rd party about the existence of a web shell deployment. It tries to inform the 3rd party about an infected URL/web server, possibly also containing further information about authentication credentials or details about the initial user. Homephoning mechanisms can either be implemented from the server side (PHP code sends out the information) or client side (JavaScript or HTML resource loading from the users browsers).

The idea here is that malicious web shells might implement functions which directly perform malicious activities on the infected server such as downloading additional payloads or manipulation of the operating system. To asses these kinds of activities the researchers monitored the execution of specific PHP function calls within each PHP web shell. Among those where functions like “fopen(), file_get_contents(), exec(), system(), etc.

They found that out of the dynamic result set 31.4% (~170) invoke monitored functions.

While sitting on a larger sample set of web shells the researchers tested the static result set (consisting of 481 web shells) on the online service “VirusTotal” which tests any given sample with common anti-virus scanners.

They found that the most accurate anti-virus scanner detected 72.5% (~349) of the uploaded shells as such while in 90% (~433) of web shells at least one scanner out of many detected the sample. This finding underlines that using anti-virus scanners alone are not a sufficient protection against malware.

The research gives some structured information about the risks associated with the usage of PHP web shells. A significant percentage of all reviewed samples perform at least one kind of malicious function. This shows that there is substantial risk of using public web shells for legit penetration testing purposes. If for example one uses a backdoored web shell during a client’s penetration test it basically opens the system to external adversaries potentially putting the whole infrastructure at risk.

However there are scenarios in which a penetration tester might still want to use a web shell to dig further into a tested network or system to identify even more weaknesses in the infrastructure. While it might be tempting, given the researchers results it might not be a good idea to use a “random-well-known-internet-web-shell”. The risk to introduce a backdoored web shell is relatively high.

Considering this, at the very least a web shell should be intensively reviewed for malicious functions before deployment. But manually reviewing and testing can be a lot of work and many ways exists for a skilled programmer to hide malicious functions within a PHP script. So the risk of oversights is quite high. Given that it is probably best to “simply” write your own web shell which only contains the needed functions and is guaranteed to be free of any kind of backdoor. Additionally you can take measures yourself to protect the web shell installation in the client`s and your own interest.

Although the research gives interesting facts about the risk of public web shell usage a few aspects should be kept in mind when reading through the numbers and facts. First the researchers are not entirely clear about their process of collecting the sample web shells. Consider the following two quotes from the original study:

“We also removed shells which we knew would not provide any interesting, from a static analysis point of view, results, such as shells that were just printing local system information or were merely sending an email to a predefined email address. Finally, since we use static analysis to discover popular features of web shells, we removed shells which did not conform to our model of what a shell is, such as shells which were just connecting to a remote server, in a bot-like fashion, and executing any commands which that server would return.”

“For the dynamic analysis part, we employed a more forgiving approach where shells were not removed unless they were completely broken, i.e., we kept the shells whose rendering in a browser would result in some sort of visible UI, even if that was partially broken. […] We removed shells which provided no obvious malicious functionality, such as files calling the  phpinfo() function and exiting.”

The first quote is a bit confusing: Basically the authors say they rejected some web shell samples because they either send only e-mails, connected to a remote server, acted like a bot or executed commands on a remote server. In the way this is stated it sounds like the described functions are actually out of the category “malicious behavior” and it is not clear why the authors excluded those shells. Also they don’t give a detailed description of what their used model of a malicious web shell is, which would have been helpful.

In the second quote the authors state that they also used web shells which did not properly render, i.e. which might contain errors inside the PHP script and terminate somewhere during execution. Why those have been kept inside the dynamic result set is not clear. Especially regarding their selection process of the static result set they state: “[…] we only used the shells that were either fully syntactically correct or the ones which we could repair with a reasonable amount of manual effort.” This is quite the contrary of what you might expect: Using a broken PHP script for execution and using a functional correct one for static analysis / no execution?

A second problem with the study is that the static and dynamic result sets might overlap but are not identical. Yet they are analyzed independently. Therefore, in the way the results are presented a clear picture of how many different web shell are malicious cannot be given. For example: a web shell having an authentication bypass backdoor might also implement homephoning functions on the server and the client side. This specific shell would therefore be counted in each sub-set of malicious shells. This is why we initially only gave a range of possible overall percentages of malicious web shells. Here it would be helpful if the authors would further clarify on their results leading to more precise assessment of the actual risk. 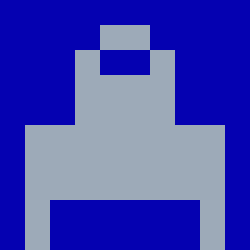 glia
Glia is an open minded security professional with a wide interest in different security topics.

Latest posts by glia (see all)

Glia is an open minded security professional with a wide interest in different security topics. View all posts by glia