After Troopers 2016 and Hack In the Box, my year of conferences ends with the DefCon 24 in Las Vegas Bally’s & Paris Casino which was with about 22,000 attendees/hackers one of the largest hacker conferences. In this post I would like to give my personal impression of this great conference.

DefCon offers four tracks at the same time, workshops, demo labs (dedicated area for hackers to show off what they have been working on), villages and many more. You can find the materials like speaker or workshop slides in the DefCon Archive.

If you are interested in analyzing Microsofts Active Directory, it is worth to have a closer look at the following guys who enrich us with their PowerShell Frameworks PowerSploit and Empire. In the demo labs, byt3bl33d3r shows us how to combine Empire, PowerSploit and Mimikatz in his post-exploitation tool CrackMapExec.

Dinesh Shetty shares the InsecureBankv2 with us and introduces typical vulnerabilities in Android applications in his workshop.

In their talks (Ab)using smart cities and Backdooring the Frontdoor, Matteo Beccaro and Jmaxxz shows us what the future holds for us.

Besides the mentioned talks, DefCon, Hacker Jeopardy, there is only one thing left to say:

It was awesome. hack the planet. end 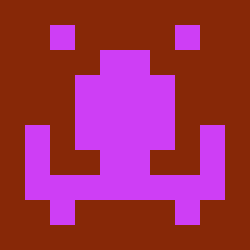 Latest posts by marko (see all)

Marko works as security professional since 2012 and performs assessments focused on web application security and code audits. View all posts by marko